We reported that doctors at the Univ. of Utah had found evidence of vitamin E acetate (illicitly/implicitly used as a diluting agent) in some of the cases of VAPI (vaping associated pulmonary illness) a number of weeks ago.

Now the CDC has officially confirmed that this has been found in the cases they've reviewed and are calling the finding a breakthrough.

Having reported the "case possibly solved" a few times before we'll refrain from taking a victory lap, but we would love to see this crisis brought to an end by a definitive finding of "the" cause.

So we'll cross our fingers that this is the case.

However, no matter what the cause, this epidemic has revealed a number of disturbing facts:

1. There are a lot of people who feel no compunction about endangering their customers' health – and even their lives.

Only a decriminalized, regulated system of distribution (without excessive excise taxes – which will also keep the illegal market alive) where the public is protected by the rational step of making the supply as safe as buying acetaminophen in a drug store – will mitigate these risks and protect cannabis users.

3. Not only are the manufactured contents of underground vape juice suspect, the cartridges and rigs themselves have the potential to introduce dangerous contaminants like heavy metal into the supply – which may not cause VAPI, but may seriously negatively effect user health in other ways.

4. Law makers with prohibition mindsets – and those who try to score political points on anything they can label as a crisis – see every hiccup in the distribution system as an excuse to double down on the laws which are a major contributing cause to the problems in the first place.

We'll keep following the story of course. Keep taking care, but hopefully this will start to put us over the crest of the hill on solving VAPI…

….But please note that even if the case has been solved, bringing new cases down to zero won't (and can't) happen instantly because there are so many steps which have to be taken by so many people in every state in the country. That is, there's still a lot of toxic product out there that's already in the distribution system.

And even then so many authorities have to implement effective policy, and in a prohibition system, many of the best steps to protect the public still aren't available to them. Denial of the futility and wrong-headedness of all past and many current legal approaches is strong and a huge impediment to progress.

This is part of why we continue to advocate and educate. There's a lot of reform left to accomplish. A whole lot. 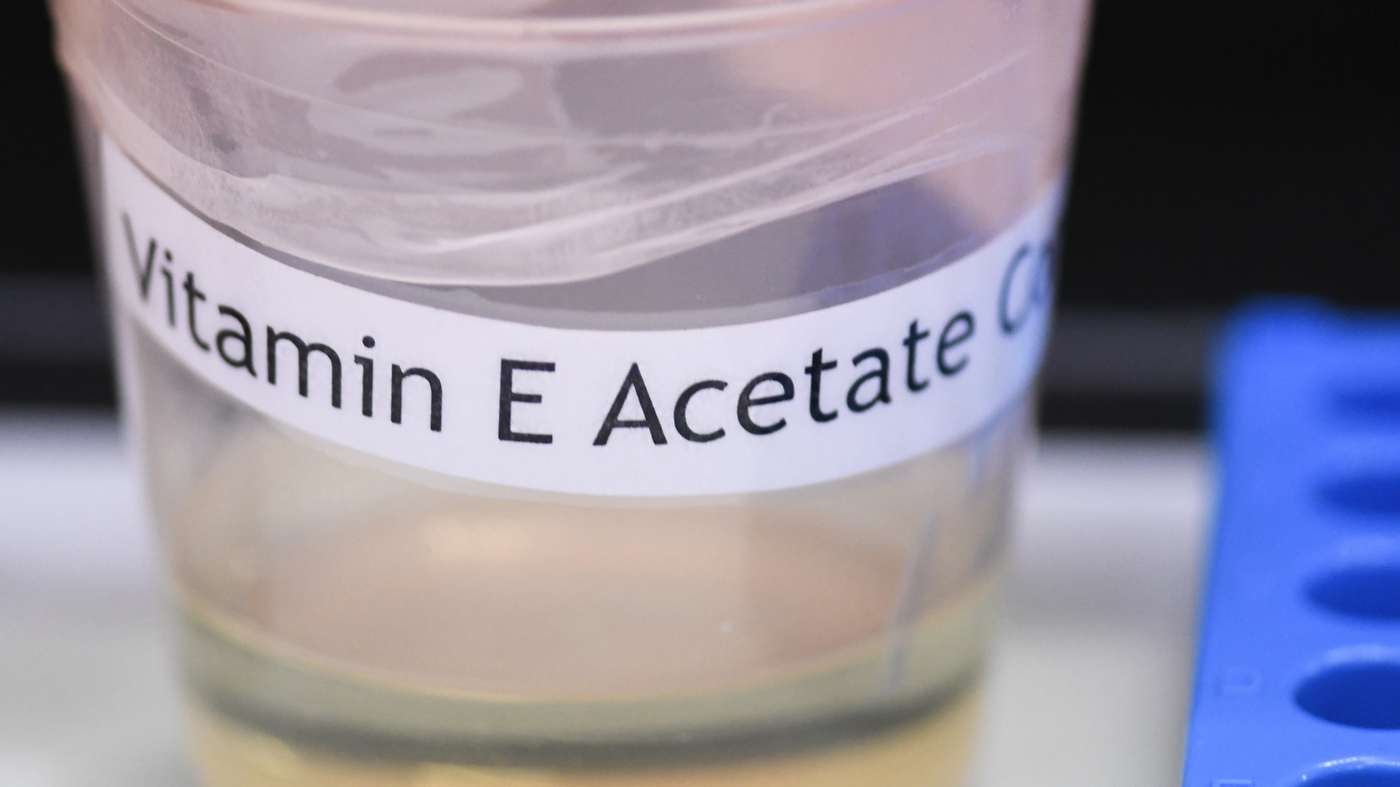 In every lung fluid sample tested from patients afflicted with lung injury, the scientists found traces of a chemical called vitamin E acetate. The discovery is seen as a breakthrough.
[ad_2]