Gun Ownership and Marijuana Use and Laws – USA Carry

The critical importance of understanding the gun rights of medicinal cannabis patients for those who want to own them (or who already do), and how being a state card holder may interact with this…

The new cannabis law amendments include changes in Utah gun laws, and specify that Utah would not consider being a card-holding medical cannabis patient grounds for not being able to have legal firearms. In and of itself this is a progressive take for Utah and kudos all around. We are, after all, just people treating medical issues, not a different kind of being.

However, as patient advocates, we feel it's important to point out that Utah does not have the power change or ignore federal law which is crystal clear, and Congress has carved out no similar exemptions to federal gun laws for state-legal patients, that is, patients with an interest in owning firearms need to be very aware of federal law, lest they find themselves inadvertently in a world of legal hurt:

The U.S. Dep't of Justice, Bureau of Alcohol, Tobacco, Firearms, and Explosives uses a Firearms Transaction Record, ATF Form 4473, to collect data from licensed gun shop transactions and transfers. It determines if you are prohibited from receiving a firearm, based on your responses to several questions.

“Are you an unlawful user of, or addicted to, marijuana or any depressant, stimulant, narcotic drug, or any other controlled substance?”

[Note: While we're not experts, our clear take on "unlawful user" is that the question is asking if the prospective purchaser is in violation of FEDERAL law. These bureaus don't enforce state laws.

We're also not going to speculate on how likely it is that federal agents will be in Utah enforcing the law – as that can change at any moment – so we're only considering what the laws are.]

A “WARNING” is given after the question, and the individual must sign and certify their answer.

“The use or possession of marijuana remains unlawful under Federal law regardless of whether it has been legalized or decriminalized for medicinal or recreational purposes in the state where you reside.”

Any false or misleading answers or statements is a crime punishable as a felony under federal law.

As for the linked article, our take is that it mostly supports what we've said here, while adding much more information. It does consider how Florida law interacts with federal law and says not all the implications are clear.

From TRUCE's perspective, the real danger for patients comes from technical fraud in completing, signing, and certifying the ATF Form 4473. A person could think they're a legal user, since they will be legal under Utah state law if this passes, or know better and lie, and either way face several years in prison for something that is easily verifiable.

Or they can tell the truth and be rejected. Which negates the purpose of filling out the form. We will NEVER recommend doing anything that is technically or clearly illegal. For example, if you decide to theoretically purchase from a private individual and not use a Form 4473, some expert might want to correct us, but AFAWK it would still likely be a violation of federal law.

Another thing to consider is that with the Patient Portal that's mandated under the 3001 law after this legislation is incorporated, FAR TOO MANY people will have far too much access to every bit of data about card holding patients and their law-related activities. And while we can't say one way or the other, that might well include ATF agents under some set of circumstances who could cross match gun purchase forms with cannabis dispensary purchase records.

Just something new to think about.

Be careful out there – know the law, and support candidates for federal office committed to federal cannabis reform. 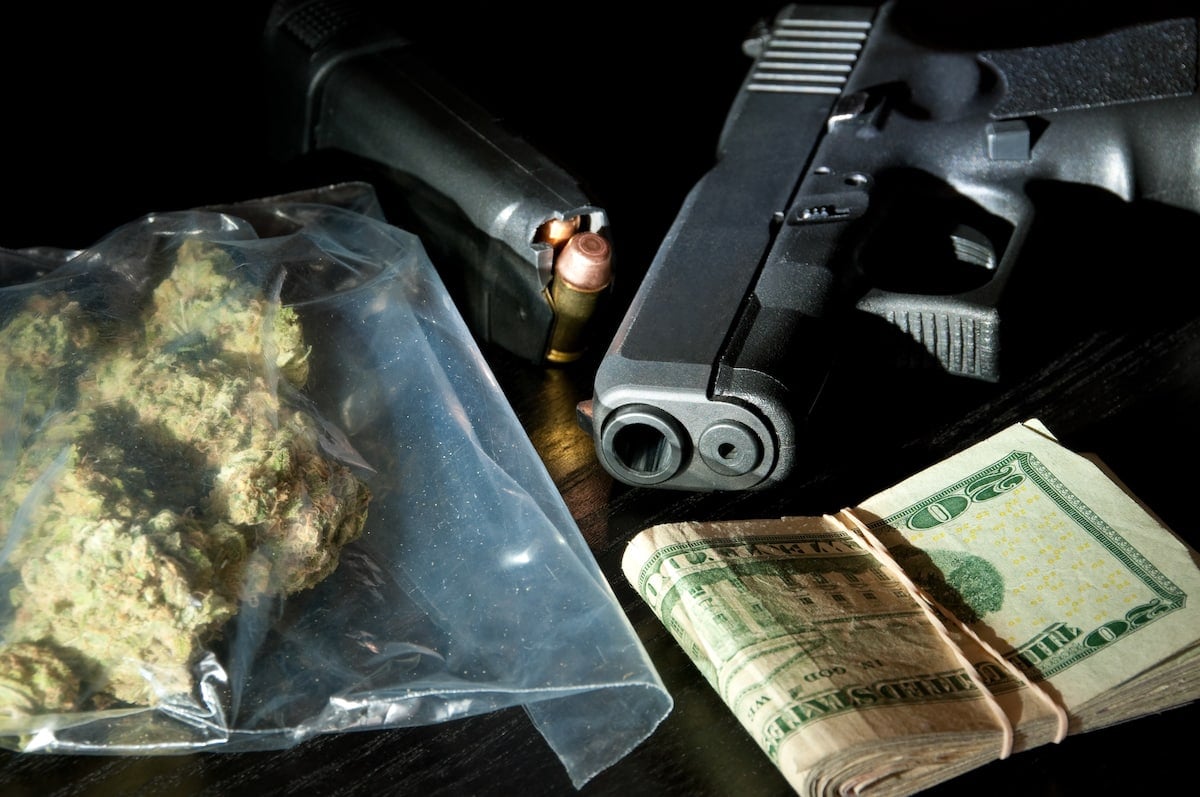 Gun Ownership and Marijuana Use and Laws – USA Carry

Is using marijuana medicaly or recreationally worth the risk if you own a gun or hold a concealed carry permit? We take a look at state and federal laws.
[ad_2]