Looks like affirmative defense letters are going to be kosher in Utah dispensaries until December 31, 2020 (if the bill crosses its final hurdles). A big thumbs up for those who will require the services of the 10-14 dispensaries supposed to be open by then, and who don't live too far from them to make effective use.

[Some people (make that a few with a megaphone) tell us (loudly) we're not positive enough about the law and the legislature's willingness to keep entertaining small fixes to larger problems, but as we see it, we feel we go out of our way to embrace any positive movement on the regular. And we're pleased that people do work to get these changes made.]

However, when the changes don't solve easily solvable remaining problems and even create new ones down the road (in the grand tradition of the "Utah way," on January 1, 2021, thousands of patients will find themselves newly re-criminalized, and the medicine most will have been importing from other states will be contraband again.

So without further movement toward a Utah program which is ready and able to serve all the realistic needs of the patients in the state, someone needs to raise the prospect that the law is setting up a point at which many will be facing great uncertainty and likely jeopardy for simply doing what the law has told them they can do with a physician recommendation since last year.

And next January, there still won't be enough QMPs (Qualified Medical Providers) or dispensaries and there may be (we hope not, but lots of red tape and mandatory pharmacists on staff, etc.), some painful price inequities.

And many people will still import what was legal for them to have the week before, and there will very likely be at least some, charges and court cases and general frustration and confusion, or maybe worse in terms of the rule of law, a general wink-wink attitude that will allow for very selective law enforcement based on whims and possible profiling.

Are we being overly dramatic? We hope so. But patients in every city and ever nook and cranny, and every mountain redoubt and every desert outpost and farm in Utah deserve answers, and more, they deserve adequate solutions, not some three or four year possible time horizon (and that's even if more than 14 dispensaries get authorized, patient caps disappear, doctors are protected as well as in other states from federal action).

So we never want to, well, pee in anyone's punch bowl, but if we can see these things, and they're real possibilities, it's part of our credo to get them into the public discussion where solutions can eventually be forged. 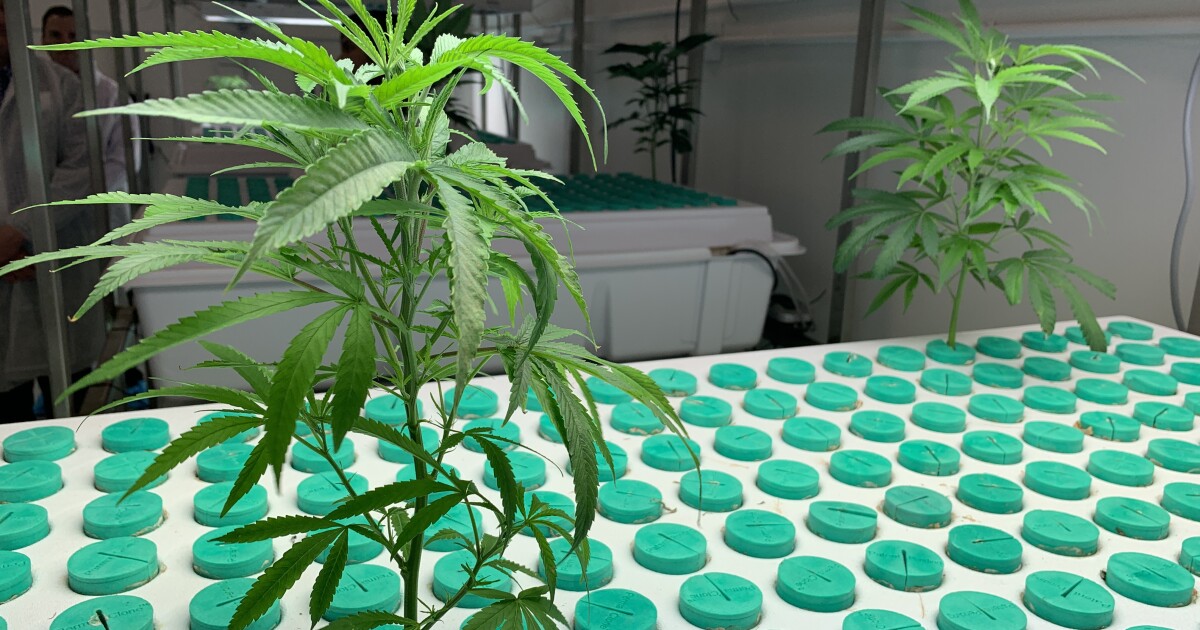 The Utah House of Representatives unanimously approved a
[ad_2]