Mexican Marijuana Cartels Are Spraying a Lethal Pesticide Throughout California

Note: This post is not thought to be directly related to the outbreak of lung disease related to vaping.

Not that it couldn't be – but this problem seems mostly local to Cali. Also, cannabis contaminated with this VERY SUPER NASTY STUFF (read on) , causes illness, but not lung disease, and would be associated with smoked and eaten cannabis as well.

It is however indicative of how much the legal situation encourages dangerous practices which threaten the health and safety of all cannabis consumers. There are hundreds of places in the supply chain where bad actors are profiting from reckless disregard for their fellow humans.

So we're sharing this with you as its own issue. There is still so much that needs to be reformed to remove the perverse incentives infecting the system after over 80 years of being abused.

There's decades of work left. The Drug Wars have been an epic disaster. As wars go, they've racked up a much higher body count than not only our wars since Vietnam combined, but even far exceed Vietnam War casualty totals.

Most of the deaths have been from opioids, but in Mexico and elsewhere, actual violence racks up its own sad, substantial death toll. Most of the rest of the casualties are those needlessly imprisoned, separated from families and unable to get either student loans or fair consideration for jobs.

All in all we're talking about well over a million lives destroyed or at least disrupted and interrupted for years and years.

When we intimated this particular pesticide is nasty business, this junk is well into chemical warfare WMD territory:

"'Just a teaspoon of carbofuran can kill a full-grown bear,' wrote the LA Times. In Kenya, poachers kill lions with tiny amounts of carbofuran. In North America and Europe, it’s been used to kill coyotes, wolves, and bobcats.

The pesticide, which is also classified as a V-series nerve agent, works in a similar manner as VX nerve gas — a chemical weapon of mass destruction according to the UN — by shutting down an organism’s nervous system.

Ecologists estimate that since carbofuran’s introduction in 1969, the chemical has killed millions of birds worldwide.

Carbofuran can also damage wildlife in minute amounts, interrupting hormone function, killing sperm, and injuring eggs. In humans, the toxin can cross the placental barrier between a pregnant mother and the fetus. Smoking weed spiked with carbofuran is no joke.

Although the obvious culprits here are the illicit pot farmers soaking weed in bear-killing poison, the only reason these farms even exist is because CA’s legal weed regulations and federal prohibition. Even fed-funded scientists have declared that the US government’s war on marijuana is threatening public health and the environment."

Please read on. Hard facts to accept but we need to be aware of what's going on.

Meanwhile, what reforms do you advocate….?? 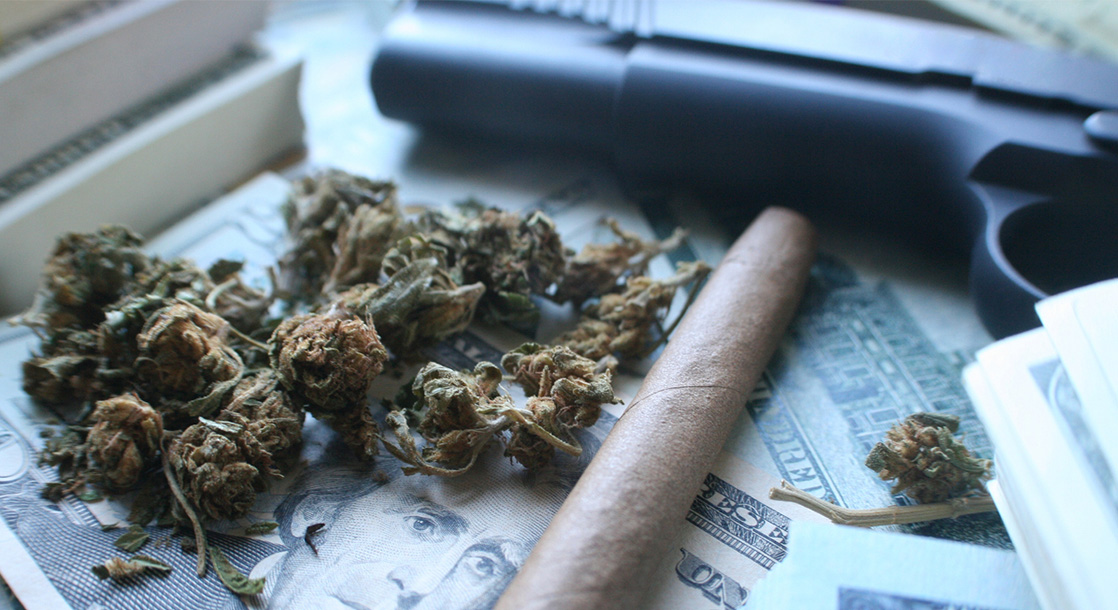 Mexican Marijuana Cartels Are Spraying a Lethal Pesticide Throughout California

Mexican crime syndicates are spraying carbofuran, a banned pesticide, on weed plants throughout the California mountains. Carbofuran is so toxic that small amounts can kill full-grown bears.
[ad_2]