Despite continuing reform in a number of states, 2019 overall has been a disappointment for those waiting for the huge public support for federal cannabis reform to translate into decisive action.

A banking bill got through the House (the SAFE Act) and the MORE reform act passed a House Committee, but we've seen no full Congressional passage.

There has then, been movement in the House, but none in the Senate, and the White House has been less than vocal about support for any major reform bills.

This is a point of view article, so it represents what the writer feels. And he feels strongly that no federal reform is likely in 2020, nor until the composition of the current US Senate changes.

While we follow developments as closely as we can, and know some folks in DC whose brains we pick, we have no other special insight to argue strongly for or against the article's conclusions.

That said, however, we are less than enthused about the prospects next year (although one never knows what can happen in volatile times).

For one thing, Sen. Mitch McConnell has turned out to be a modern day implacable foe and he controls what the the Senate will and won't take up. And he's not the only Senate foe.

We're still convinced reform is inevitable down the road, but we'll also note that the Utah Legislature was depending on federal action when they wrote 3001's provisions mandating that recommendations be written like prescriptions, thinking that doctors would be able to do that without losing their DEA narcotics prescribing privileges by mid 2020.

The compromisers bet wrong, however, and now that miscalculation is about to become a serious bottleneck here in March, when medical cards are supposed to start being issued, with few doctors willing to take a huge risk on the dicey "medicinal dosage forms" scheme put in at the insistence of people who know little about how the effective administration of medical cannabis actually works.

We don't want to be gloomy, though. Utah doesn't set the national agenda, but our priority is that the State Legislature has the power to roll back its cockamamie dosage scheme and remove that risk of violating federal law from over the heads of doctors, so that we can get cards issued and medicine flowing to patients by next spring. 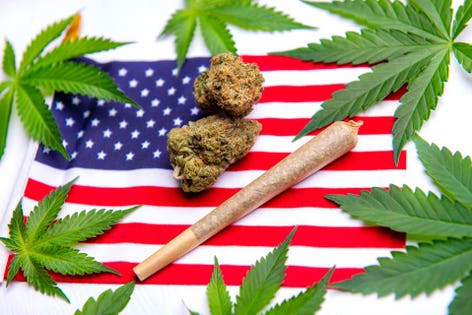 With 2019 coming to a screeching halt, many predict that next year will be the year for nationwide cannabis reform. But that seems unlikely considering the latest Congressional action.
[ad_2]