"Asked in a new interview about President Trump’s position on changing federal marijuana laws, a top reelection campaign aide said the administration’s policy is that cannabis and other currently illegal drugs should remain illegal.

'I think what the president is looking at is looking at this from a standpoint of a parent of a young person to make sure that we keep our kids away from drugs,' Marc Lotter, director of strategic communications for the Trump 2020 effort, said in an interview with Las Vegas CBS affiliate KLAS-TV.

'They need to be kept illegal,' he said. 'That is the federal policy'."

More in the article. Mostly in this vein. 'Nuff said. 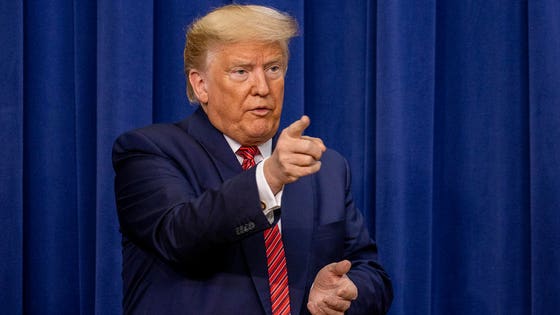 Trump has voiced support for letting states set their own cannabis laws, but his administration has taken some opposing actions.
[ad_2]