Now that we have a good idea of what's causing the likely majority (and perhaps closer to all) of the illnesses associated with this outbreak – bad additives (likely not just Vit. E acetate) in mostly (but not wholly) counterfeit cannabis vape cartridges (and possibly to a much lesser degree in the nicotine vaping supply chain) – what do we know about the illness?

Here's a national story with a local flavor, since the U. of Utah Healthcare's own lead pulmonary researcher on the case, Dr. Scott Aberegg is leading a group making significant progress:

"According to a new study in the NE J. of Medicine, examining 6 vaping-related cases in SLC, the illnesses may be linked to a certain type of white blood cells called macrophages, which help protect your immune system by essentially trapping potentially dangerous viruses and bacteria and digesting them.

In people with healthy immune systems, macrophages are able to distinguish 'good' and 'bad' cells; in people with inflammatory diseases like Crohn’s, it is believed the macrophages in the intestinal system can't make this distinction, and attack the wrong cell types.

This is what Utah researchers believe is happening here, except with macrophages in the lungs.

Aberegg says that lipoid pneumonia usually results from accidentally inhaling liquid into the lungs, usually by taking oil-based laxatives. Usually, it presents on X-rays as a 'puddle' of liquid with inflammation around it. 'If the vaping associated lung injury we’re seeing is a new form (and it’s looking more and more like it may be) then it’s different because the inflammation is not limited to a specific area,' but spread throughout the lungs during an extended period of time, he says.

This, Aberegg says, 'would be consistent with the theory' shared by numerous others that the ailments are linked to inhaling Vit. E acetate, a substance often found in skin creams being used by underground dealers as a cutting agent. NY Gov. Cuomo announced most of the cartridges tested [in NY] tested positive for VEa. Three companies [using] the substance have been subpoenaed."

Not all samples contained it, but as noted in earlier in this series, it's not the only agent being used.

So the article notes we're not out of the woods yet, but avoiding these products should at least markedly cut the emergence of new cases.

Meanwhile, Walter Plumb (a badly misinformed medical cannabis denialist in the first place) and certain Senators should take a chill pill before moving to pass legislation based on inaccurate info.

#TRUCE: Be wise consumers of whatever you might be vaping….!! Oh, and you go, Dr. Aberegg! 👍 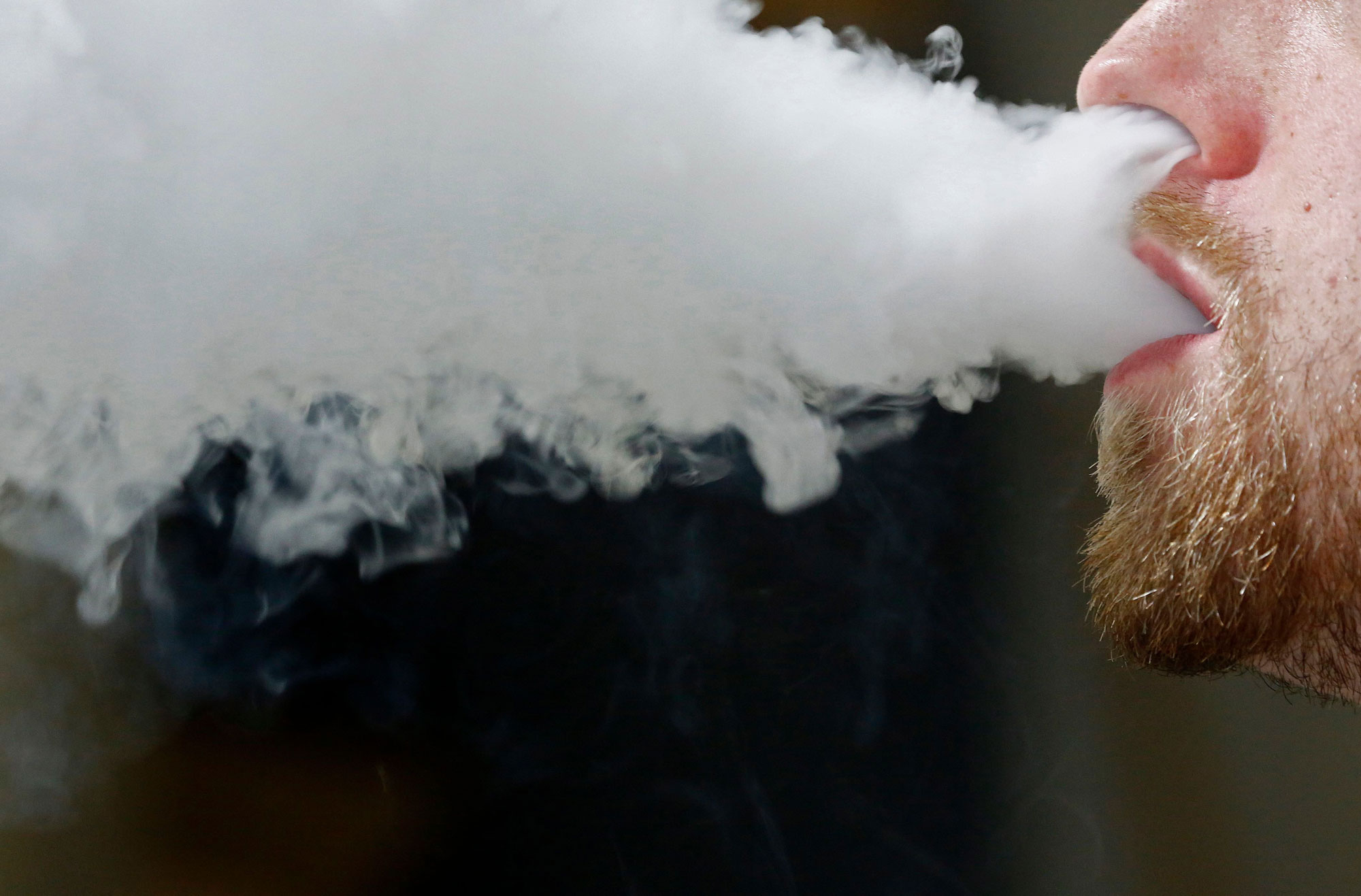