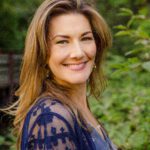 My journey down the path of cannabis discovery is like many medical patients. Symptoms led to doctor visits, which lead to failed therapies, and desperate hope for answers. Mine is a story of chronic pain, long suffering, and above all, hope.

In 1996, I was working in a local hospital and walking to deliver some specimens from the ER when a sharp pain shot across my head causing me to lose consciousness. Nearby nurses and doctors rushed to my aid and when I woke up I found myself a patient instead of an employee. After a series of tests were conducted, a brain tumor was discovered – an Acoustic Neuroma.

Surgery was planned a month out and I was given instructions to attend to my affairs. I drew up a living will and talked to family members about caring for my children if I should pass away. At 24, this was a very harsh reality. I became very angry at God as the surgery date grew closer. The night before, I paced my little apartment. I didn’t want my last moments on this plane of existence to be spent sleeping. I watched my children, five and three at the time, so peacefully resting. I cried and I raged. I stayed awake all night. Finally the time came, and I had to start preparing for the hospital.

Surgery was not without its complications. While I was under, a blood vessel was hit and I started to hemorrhage. After nine hours in surgery the doctors got the bleeding under control. However, with 60% of the tumor remaining, the decision was made to leave it intact to avoid the risk of further complications. I slipped into a coma and awoke several days later with a host of complications. I had also suffered a stroke resulting in left-sided weakness, speech and swallowing complications, and issues with coordination and balance. I had some facial drooping and hearing loss in my left ear. I remained in the ICU for 9 days. I was lucky. I was alive.

About 15 months after surgery, still suffering from complications, the diagnosis of Fibromyalgia came. That was added to the already growing list of complex migraines, Occipital and Trigeminal Neuralgia. Pain. Chronic pain was the daily norm.

I missed out on chunks of my children’s lives, as well as my own. I missed out on concerts, games, birthdays, outings, holidays, and vacations. My kids did not have a healthy mom.

In the winter of 2012, I started to decline. I was hit with an especially bad bout of pain and was unable to walk unassisted. I became bedridden. The nausea had become so bad, I wasn’t eating. I started losing weight very quickly and my health rapidly declined. My husband took me to our family doctor where I first mentioned the words “medical cannabis” to a physician.  I wanted to try it, but was reminded of the illegality of the substance. The doctor told us about a pain clinic that could prescribed Marinol, an FDA approved synthetic version of THC. THC is one of the cannabinoids in the cannabis plant known to help with pain and nausea. I started the therapy and at first it seemed to help, but after two weeks the side effects were too much to endure. This was not an option I could pursue.

Frustrated by another failed drug therapy, I turned to the internet for answers. I came across a multitude of blogs, articles, and forums discussing the differences between Marinol and real cannabis. I wasn’t alone. Other patients had experienced the same poor reaction. But the failings of Marinol led these people to investigate the natural plant. Many were documenting the success they were having.

I reached out to my father, a retired narcotics officer. I told him what was happening with my health and my desire to try the plant as a remedy. We discussed the news coverage and movement happening in states across the country. With heartfelt support he encouraged me to try. This was an important supporter for me. I expressed my concern about being in an illegal state. With a bit of humor, he reassured me I would be able to find a “bag.” That in itself was an adventure but I was able to obtain a sample. Within seconds the nausea subsided. After two weeks, I was able to get out of bed and start walking with the assistance of my cane again. I continued with my trigger point injections coupled with my new herbal medication as improvements continued to manifest themselves. Within a few months, I stopped going to the pain clinic altogether. In 6 months, I was driving. By 8 months after starting this new therapy, I was walking the halls of my state’s capitol trying to learn how a citizen gets a law passed. I couldn’t just be someone who used it. I had to become an advocate for other patients like me.

I am not scared to tell my story but I am afraid of losing my kids over something that is helping me. I am a better mother now than I was when I was sick and I don’t think I should be punished for that. My children absolutely love the mother they get to have now; active, pharmaceutical free, and present. I just wanted my health back. Unwilling to give that up, I have started advocating here in my state because nobody should have to be a medical refugee; nobody should have to run away from their home and support system in fear of reprisal.

I want people to understand that I did not set out looking for a treatment from cannabis – it was my last resort. I went through forty-five different pharmaceuticals over the past decade and a half. I believe cannabis should be an option from the start. If we truly want to address our opioid crisis in our country and state, adopting a patient program is ideal.

I think people need to see a different face of medical cannabis users. They need to see that it is their mother and father, their sisters and brothers, their grandparents and extended family, dear friends and neighbors. Human beings suffer. If suffering is the human condition, then compassion is the cure.

It’s been a long and painful road, but I know this is where I am supposed to be.