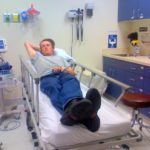 My son Jeremiah Moon was born into this world with a number of medical complications. Since his birth he has had upper and lower gastrointestinal complications. We have spent his entire life trying to find answers on to how best help him. There were many trips to Primary Children’s Hospital as well as many different doctors and specialists with a myriad of tests over the years.

At the age of 12 he had his gall bladder removed. As puberty set in his intestinal issues increased, and he was eventually diagnosed with Irritable Bowel Syndrome. As he progressed into his later teenage years he was also diagnosed with Crohn’s Disease and frequent bouts of pancreatitis. As all of these medial issues compounded and complicated his life he also began suffering with social anxiety. As he entered into high school some friends introduced him to cannabis and told him it would help with his medical problems. He tried using it and found great relief as a result. 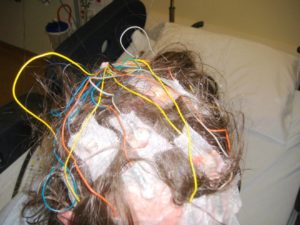 Eventually, as many parents do, I discovered his use of cannabis. As a parent who had grown up as a very conservative LDS church member, I was unwilling to even consider allowing him to use cannabis. We sat down and talked about the legal ramifications and told him that his only option was to go back to the doctors and get current tests and find legal prescriptions to deal with his medical issues. Once he stopped using cannabis his medical condition worsened. Seizures became a new problem to add to his medical issues. He tried using all of the standard medications for seizures but the side effects were horrendous and did not control his seizures. His seizures became more frequent as the years progressed to the point of five grand mal seizures each week and many smaller seizures on a daily basis.

During one particular seizure, as he fell he hit his shoulder on a shoe box in our utility room that separated his should and tore up his ligaments in his arm. He has gone through physical therapy which has helped give back some limited use of his right arm. After Utah legalized CBD oil, my son went to his neurologist at the U of U and completed the paper work to legally use CBD oil. We as family have decided that he will only use medications that are legally prescribed to him. We do live close to Colorado so from time to time we do travel and stay in Colorado for a period of time. While we are in Colorado my son is allowed to use cannabis with THC. The results are dramatic and the effects are immediate. The IBS and Crohn’s symptoms go away and he has no seizures while using cannabis with THC. I as father began to see the benefits of cannabis for my son’s medical conditions. This simple plant can replace a slew of medications that he now takes to try and regulate his medical conditions. 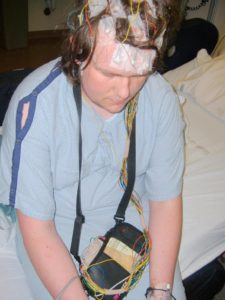 I grew up when the War on Drugs was in full play and heard all of the stories on why cannabis would destroy your life. I have grown up as a conservative active member of the LDS church and had been very opposed to any type of drug that was not legally prescribed. As I began researching CBD and cannabis alternatives and its potential benefits I also realized that many patients, not just seizure patients, need more than CBD oil can offer. Many patients need all of the elements of the whole plant that also help with controlling his social anxiety, Crohns, and IBS. Having access to the full plant of cannabis would allow my son to eliminate all of his other medications and help restore many aspects of his life. One aspect of his life he will not get back is his memories due to damage done to his brain from his seizures. Life will never be the same for him. When we talk about things he did in High School he just smiles and agrees with you because he just does not remember what we are talking about.

There are other medical conditions that he suffers with that we will not detail here, but suffice it to say, we as a family have become converts to the benefits of cannabis use for medical patients. We hope and pray that Utah will allow whole plant access to all medical patients who could benefit from its use. Let doctors who are specialists in their fields decide what is best for the patient.